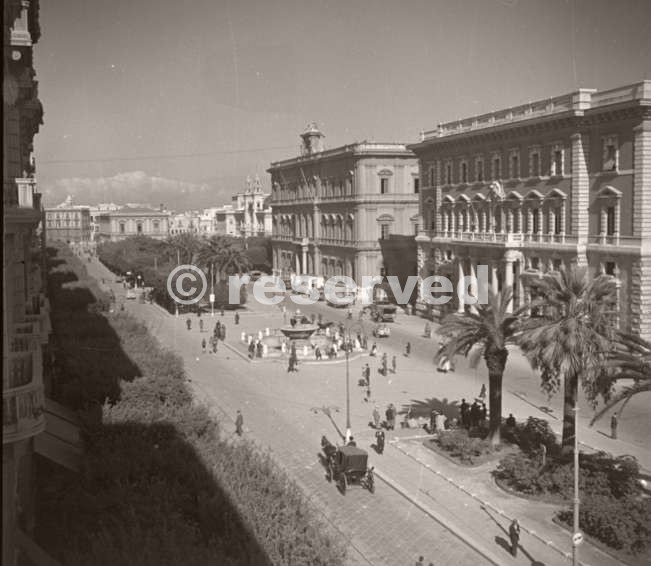 On 11 September 1943 the port of Bari in southern Italy had been taken without resistance by the British 1st Airborne Division during the Italian campaign. The port then served as an important logistics hub for Allied forces. Crucial ammunition, supplies, and provisions were unloaded from ships at the port, then transported to Allied forces attempting to capture Rome and push German forces north, out of the Italian peninsula.

Bari had inadequate air defences; no Royal Air Force (RAF) fighter aircraft squadrons were based there, and fighters within range were assigned to escort or offensive duties, not port defence. Ground defences were ineffective.

Little thought was given to the possibility of a German air raid on Bari, as it was believed that the Luftwaffe in Italy was stretched too thin to mount a major attack. On the afternoon of 2 December 1943, Air Marshal Sir Arthur Coningham, commander of the Northwest African Tactical Air Force, held a press conference where he stated that the Germans had lost the air war. He said, “I would consider it as a personal insult if the enemy should send so much as one plane over the city.”[3] This was despite the fact that German air raids, partially executed by KG 54, had successfully hit the Naples port area four times in the previous month and attacked other Mediterranean targets.

Thirty ships of American, British, Polish, Norwegian and Dutch registry were in Bari Harbour on 2 December. The adjoining port city held a civilian population of 250,000.[4] The port was lit on the night of the raid to expedite the unloading of supplies supporting Allied forces engaged in the Battle of Monte Cassino and was working at full capacity