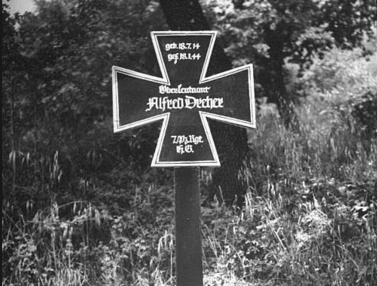 The Battle in the Liri Valley

The Battle in the Liri Valley

Liri Valley was a Battle Honour granted to Canadian regiments that fought in battles of that region of Italy during the Italian Campaign during the Second World War.

The British and Indian XIII Corps failed to break the Hitler Line as planners of the Cassino battle had hoped, and I Canadian Corps was moved up in the middle of May to take on the task. The line was heavily wired and mined and studded with concrete emplacements and armoured gun turrets. Nonetheless, at the cost of 1,000 casualties, the Canadians breached the line in a day, inflicting almost as many casualties. Other offensive actions were equally successful; the Americans crossed the Garigliano and advanced along the coast; the French Expeditionary Corps also broke through German defences, and the forces at Anzio managed to breakout as the Poles were finalizing their capture of Monte Cassino. After the Hitler Line came the Melfa Crossing, garnering a Victoria Cross for Major John K. Mahoney of The Westminster Regiment (Motor). On 4 June 1944, Rome fell to the Allies. The battle marked the first divisional level operations of the war for the 5th Canadian (Armoured) Division.

When the Allied offensive actions in the Liri Valley began on 11 May 1944, their troops were engaged on the Garigliano River 60 miles from Rome. The headquarters of I Canadian Corps, along with 5th Canadian (Armoured) Division had proceeded to Italy in the autumn of 1943 and occupied positions on the Adriatic front during the winter of 1943-44, but the first true corps-level operations were those conducted in the Liri Valley. Likewise, the 5th Armoured had not operated in action as a division prior to these operations. The 1st Canadian Armoured Brigade was involved in operations, but under British command.
Bad weather and strong enemy defences had prevented Allied entrance to the Liri Valley, protected also by mountainous terrain at Cassino and Monastery Hill where heavy fighting by French and American troops failed to create a breakthrough. Several attacks by Commonwealth forces also failed to take the heights and throughout April and May 1944 little change in positions along the entire Italian front could be effected. The massive landings at Anzio in January had failed to progress past far beyond the beaches, and American and British troops (including the American-Canadian 1st Special Service Force) were penned into a small bridgehead. Plans were made for a large-scale offensive using formations from the relatively dormant northern sector of the 8th Army’s line, and both I Canadian Corps and 1 Canadian Armoured Brigade (under control of 13th British Corps) were assigned to take part. The effort was designed to crack German barriers known as the Hitler Line and Gustav Line.